Democracy in a Structurally Unequal Society 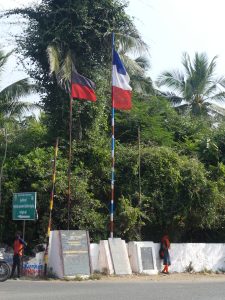 In India, people are compartmentalized into mutually exclusive groups called castes, and these castes are organized in a graded hierarchy based on notions of ritual purity and pollution. While those castes which are considered to be of pure and high status had an overarching control over people belonging to all other communities as they had an absolute authority over the productive resources. The communities at the top of the ladder were considered to be ritual purists and were considered to be the people eligible to control land and water resources, the relative un-freedom of the communities increase as we move down the social order, and those at the bottom were treated as ‘untouchable’. Therefore, the caste system operated as the state in the pre-colonial society.

The advent of the colonial state – with an external source of power – juridical, military and administrative powers – created a situation where the STATE was unrelated to the ideology of ritual purity and pollution and a set of CASTES. This created a socio-historical and political opportunity for every caste to approach the colonial government independently, as the authority was separated from the cultural authority of caste. While there was no individual rights and people’s rights, responsibilities, privileges and denials were determined by the castes system, the emergence of a modern state created the space for individual citizenship rights. Nevertheless, their access to state was determined by their relative position in the local socio-cultural economic and political hierarchy. As a result, people’s aspiration towards the state, and aspiration for right to equality was determined by the set of rights they were denied by the caste system. Therefore, the political aspirations of the non-brahmin ‘upper’ castes are different from the political aspirations of the ‘lower’ shudra castes, service castes, and that of the Dalits. This had varying implications on the rights-based consolidation of political interests as the demands for rights becomes more and more specific as we go down the social ladder. In other words, this lead to the isolation of the victims, while other sections who are part of the problem in the graded hierarchy can continue to remain indifferent. Thus, this presentation would shed light on the Dalit’s fight for social justice and equality and their participation in electoral democracy.

Pro
9
Čt
celý den International hybrid workshop on...
International hybrid workshop on...
Pro 9 – Pro 10 celý den
“The use of food and cuisine as an instrument to create a cross- cultural understanding  in the hopes of improving interactions and cooperation” (Chapple-Sokol, 2012) Food is not only a vital part of our lives,[...]
Zobrazit kalendář
Přidat