The Turkic Peoples of Central Asia and Buddhism 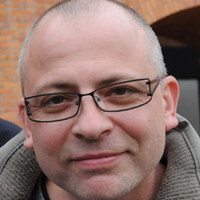 Historically we can rightly state that since the establishment of the First Turkic Khanate in the middle of the 6th century C.E., in the territory of modern Mongolia, Turkic peoples have remained highly susceptible to the culture and religions of peoples with whom they lived or with whom they had regular contacts. Thus they adopted traditions such as Manichaeism, Zoroastrianism, Buddhism, so-called “Nestorian” Christianity and Islam. Among these religions, in the pre-Islamic period, it was undoubtedly Turkic (Uygur) Buddhism which developed at the most colourful and fruitful stage. While, for example, Manichaeism and “Nestorianism” were transmitted to the Turks practically only by the Sogdians, Turkic Buddhism was influenced by several sources including Sogdian, Tokharian, Chinese and Tibetan. The course aims at surveying the history of Turkic/Old Uygur Buddhism which is not very well-known outside the circles of specialists.